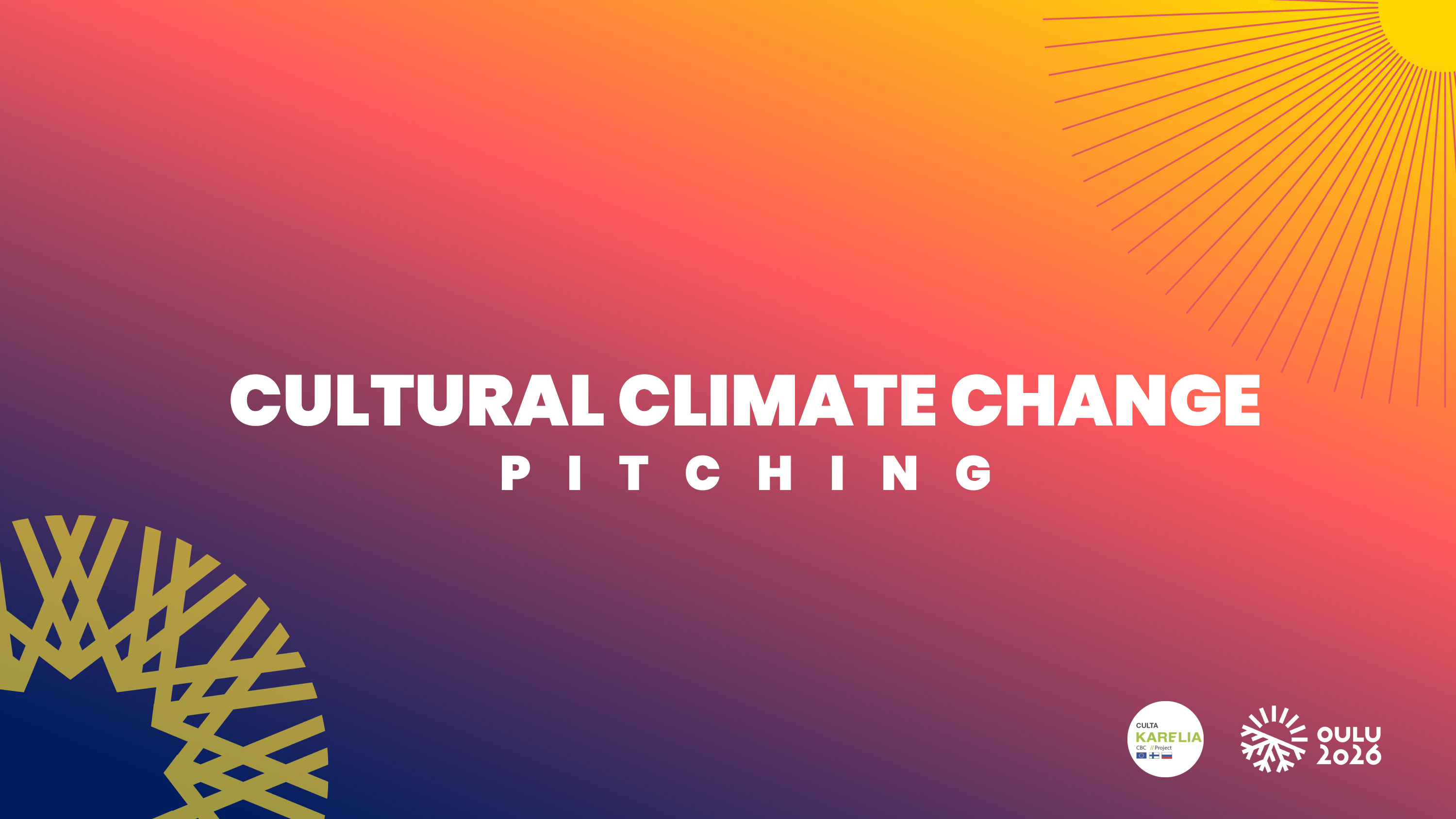 On 4th March, we will see the eventful cultural pitching competition where one idea can win €2026. The competition searches for an innovative idea on advancing Cultural Climate Change, the main goal of the European Capital of Culture bidding project, Oulu2026. Cultural Climate Change Pitching received 26 ideas for the preliminary round of which eight will move to the final. Anyone can watch the event from anywhere in the world, because it is held virtually.

Cultural Climate Change is about reconnecting. It is about the reconnection between people & culture, technology & art, people & nature, and nature & culture.

“There is a wide spectrum of ideas in the final, and culture is addressed through different means of art, insights from everyday life, and sustainability”, tells the executive producer of Oulu2026 project, Henri Turunen.

The jury of the competition consists of the head of administration of the Council of Oulu Region, Arja Hankivaara, journalist Erika Benke, and key account director of creative industries at BusinessOulu, Petri Sirviö. The winning pitch will receive €2026 to implement their idea.

The competition is organised on 4th March at 17.00 (EET). It will be held in English. More information on how to watch the event are found on the event page: www.oulu2026.eu/culturalclimatechangepitching. The event is organised by the European Capital of Culture bidding project Oulu2026, and the CULTA project.

Pitching Event, a collaboration between Oulu2026 and CULTA

In June 2021, one of three bidding cities in Finland will be chosen as the European Capital of Culture for 2026. Oulu is bidding in collaboration with 32 municipalities in Northern Finland. The Oulu2026 team is preparing their bid and in June, it will be announced which of the three Finnish cities is the European Capital of Culture for the year 2026. The project is a long-term urban development project.

The CULTA project aims to develop the skill level of creative industries operators and encourage them to take part in cross-border cooperation between Finland and Russia. In particular, the project actions aim to reach university level students, cultural organisations and associations who are interested in collaboration in Russia. The main funder of the CULTA project is Karelia CBC, which is funded by EU, Finland, and Russia. The project is managed by Oulu University of Applied Sciences and has as its partners the Petrozavodsk State University, Karelian College of Culture and Art as well as South-Eastern Finland University of Applied Sciences.