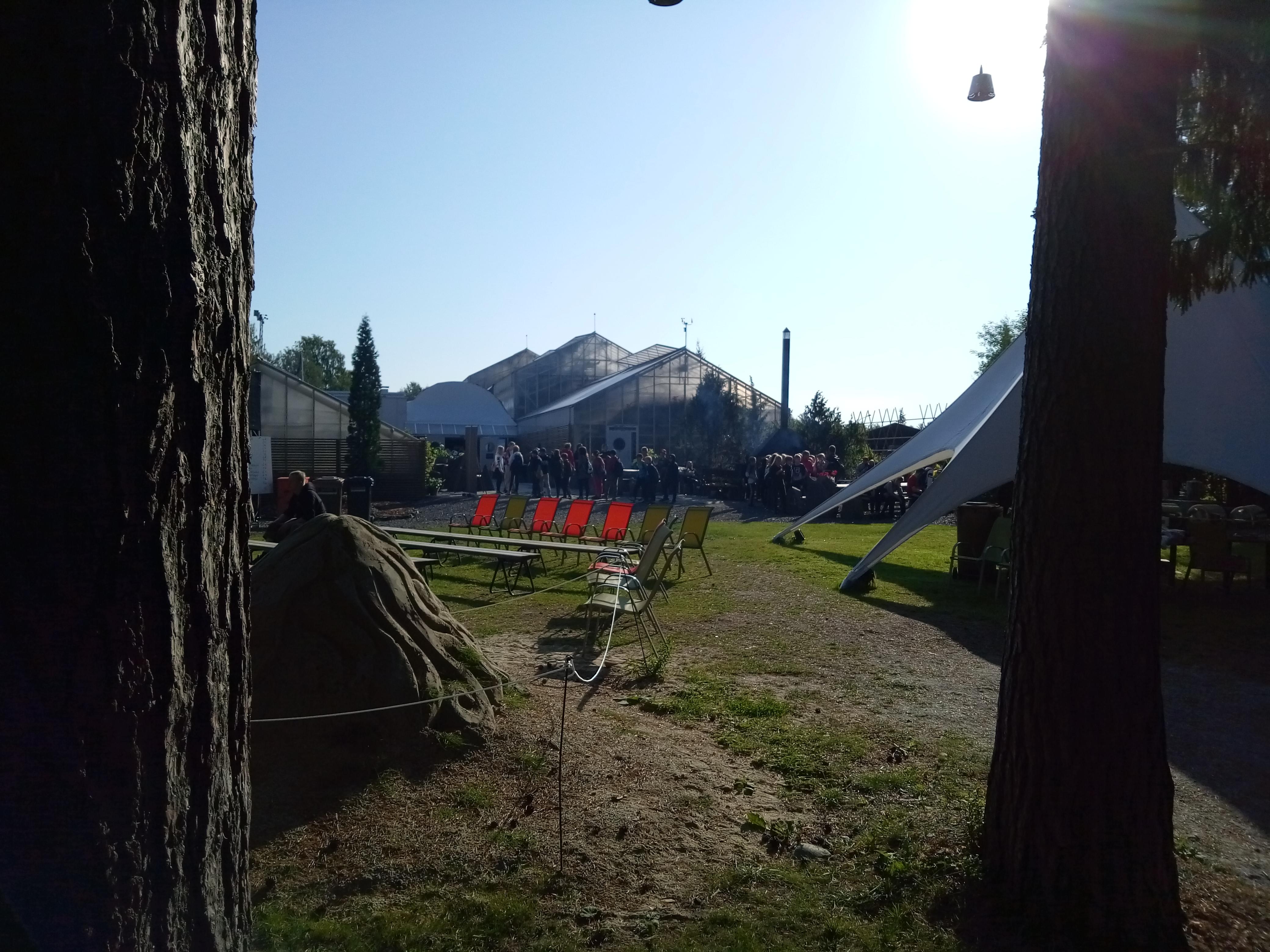 During 2 days 4900 students, kids and adults visited the festival. SciFest was the 1st time held in Botania as an open air event. In the previous years the Festival took place in Joensuu Sports Arena. 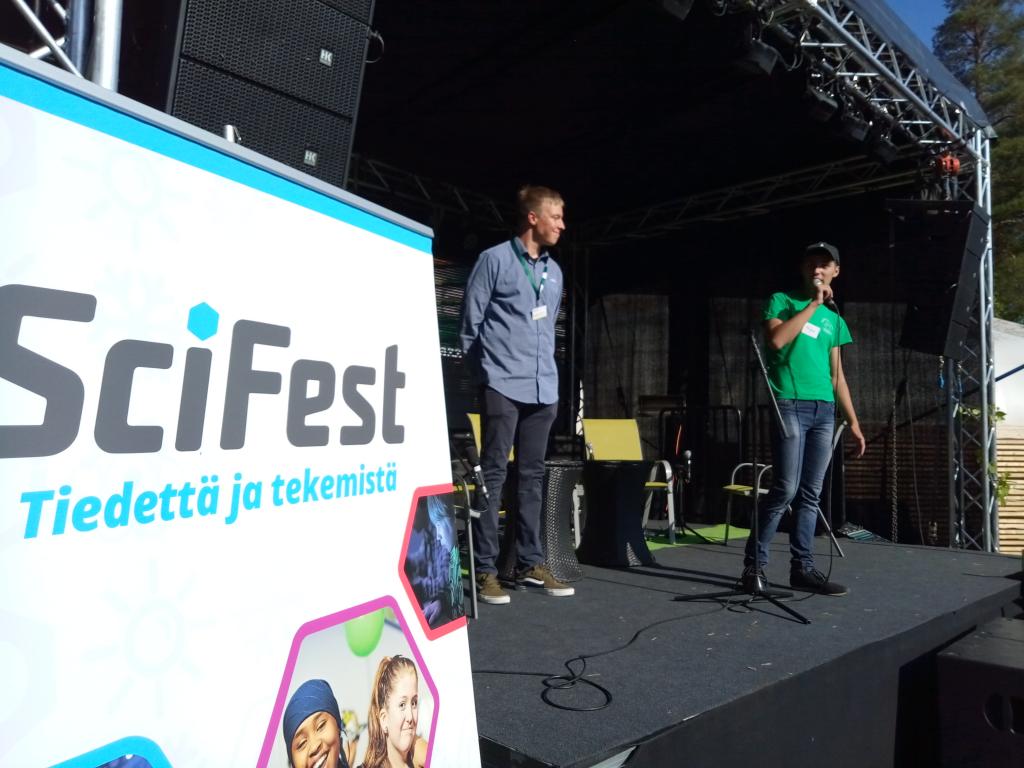 Participation of youth groups from Petrozavodsk representing afterschool centers, youth organizations and schools is a good tradition of the Festival. The Regional Council of North Karelia provides financing to the Science Society of Joensuu to order the bus for the youth delegation from Russian Karelia. 35 students and teachers from Petrozavodsk represented such organizations as Youth Union Doroga, Children and youth center of Petrozavodsk, Pilgrim sports and tourism club, Regional resource center of supplementary education, Liceum 40. All these organizations are actively participating in Green school project. School of Eastern Finland from Joensuu is a pilot school of the project, as well as Liceum 40 from Petrozavodsk. The role of the groups was not only to attend the festival but help to organize it - all of them prepared own workshops for the visitors. They were mainly focused on environmental education. 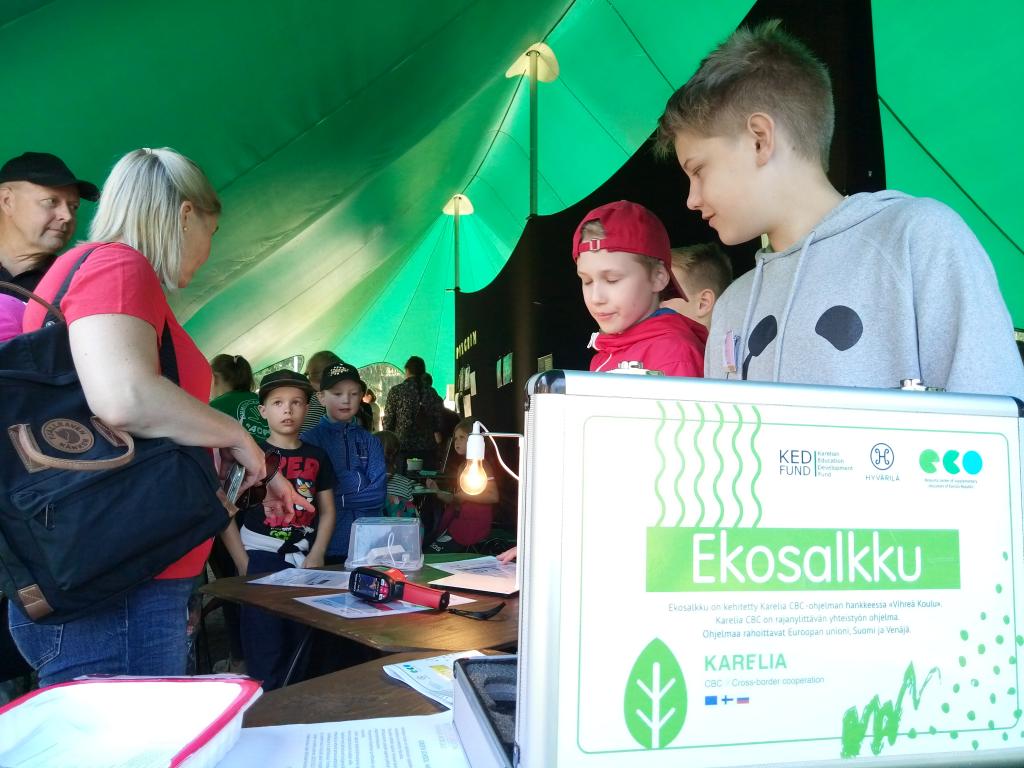 Green school project team from School of Eastern Finland demonstrated the Ecocase - a tool for environmental school environmental research originally designed by the project. For example, a thermal imager helps students to find the places in school where the thermal energy lost and then fix the problems found. The Ecocase includes such instruments as light meter, digital thermometer, CO2 censor, water and power measuring tools, inspection camera. 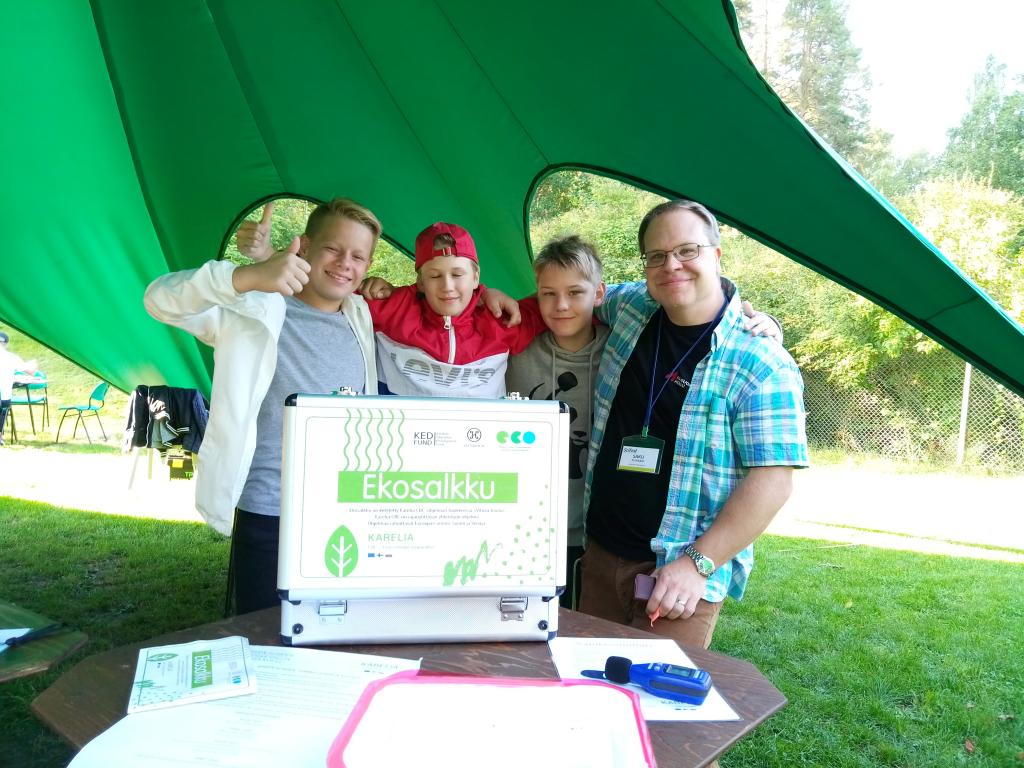 Teacher of the School of Eastern Finland Saku Punkari, who is the school project coordinator, used the oportunity of SciFest to present the Ecocase to his colleagues - biology teachers from other schools of Joensuu area. He said that all of the teachers were highly interested and they wanted to receive the Ecocase for their schools. At the end of the Green school project it can be possible - it is planned to produce and disseminate improved copies of the Ecocase for new schools. 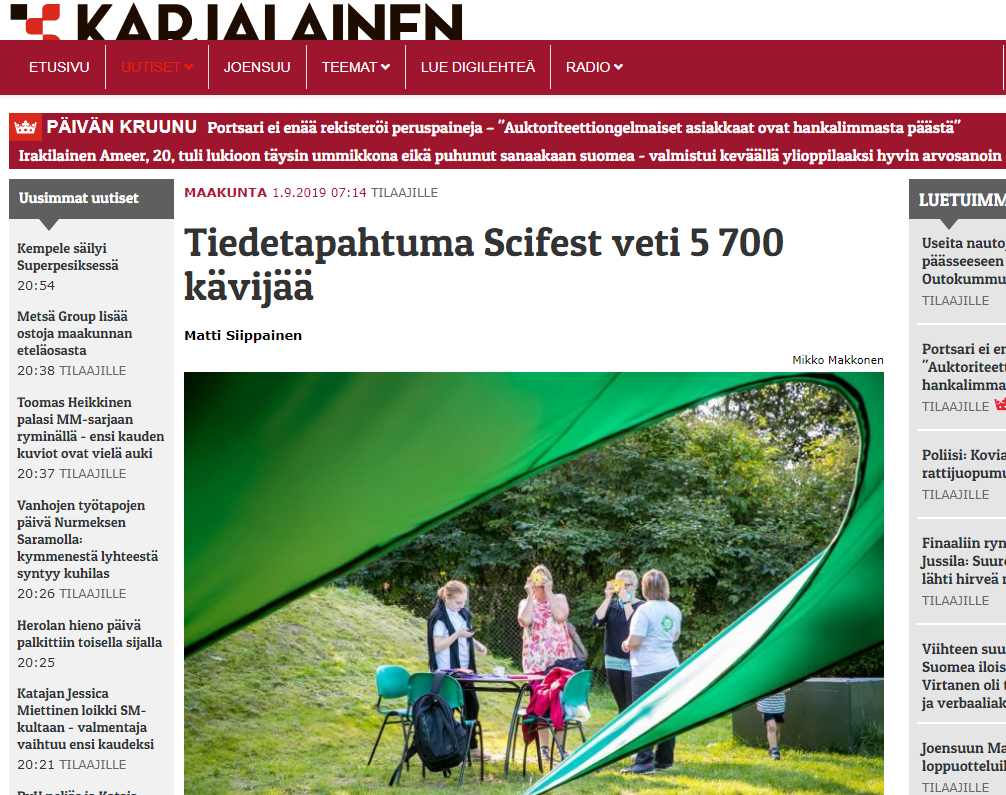 The project team of Lyceum 40 from Petrozavodsk arranged workshop on researching nature with foldscope, a microscope made from paper. The picture of their workshop illustrated the news about the SciFest in Karjalainen newspaper. 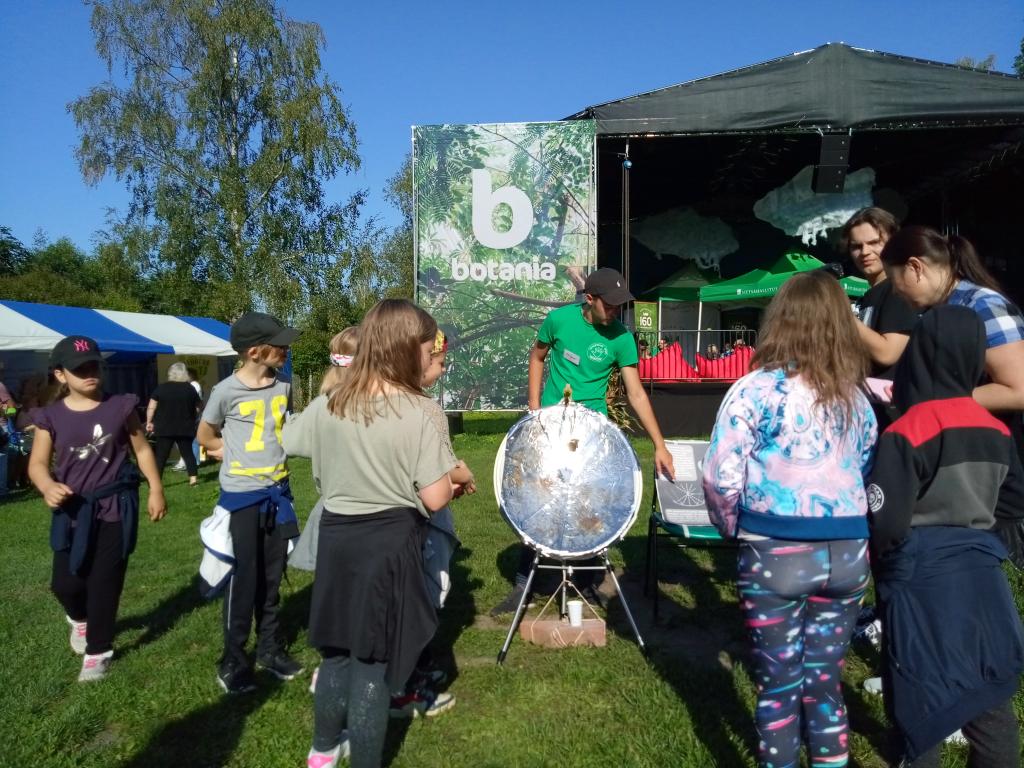 Workshop by Youth Union Doroga demonstrated the power of sun energy. Using the selfmade sun reflector youth could make hot water. During this experiment they've learned that renewable sources of energy can be used more widely, and it is a good way to save the nature for future generations. 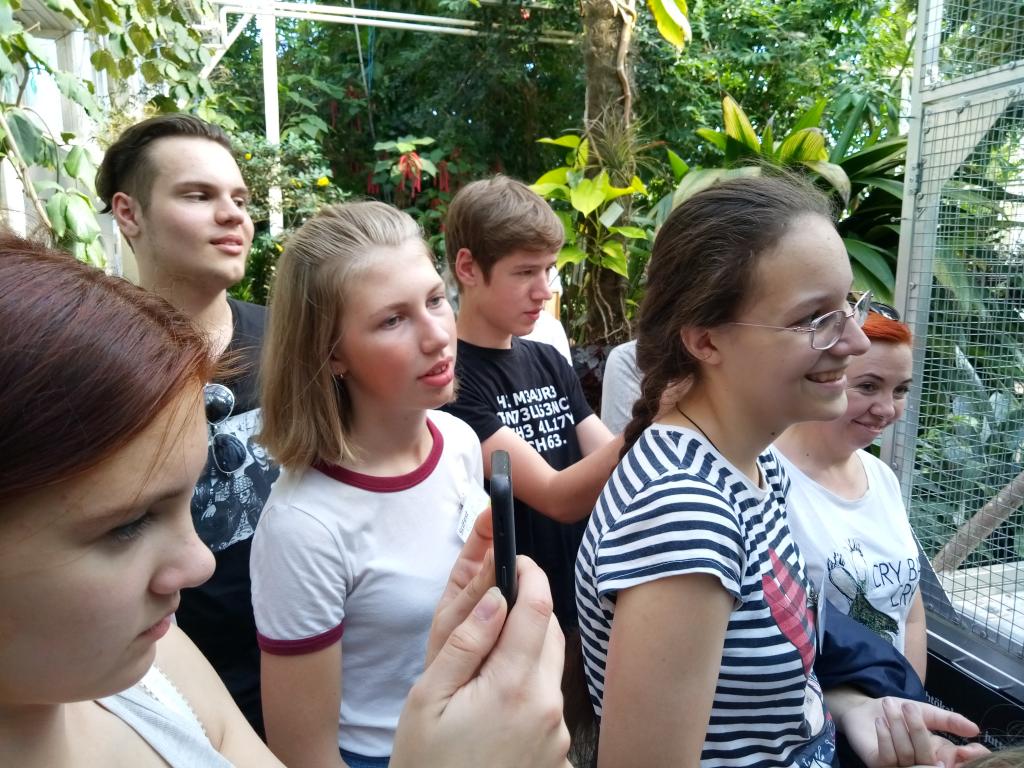 Botania is a great place to study nature and to enjoy it. Science education programs such as SciFest create new perspectives for Botania development. Next autumn Joensuu Science Society plans to organize the festival here again, and the groups from Petrozavodsk will surely join the Scifest team.