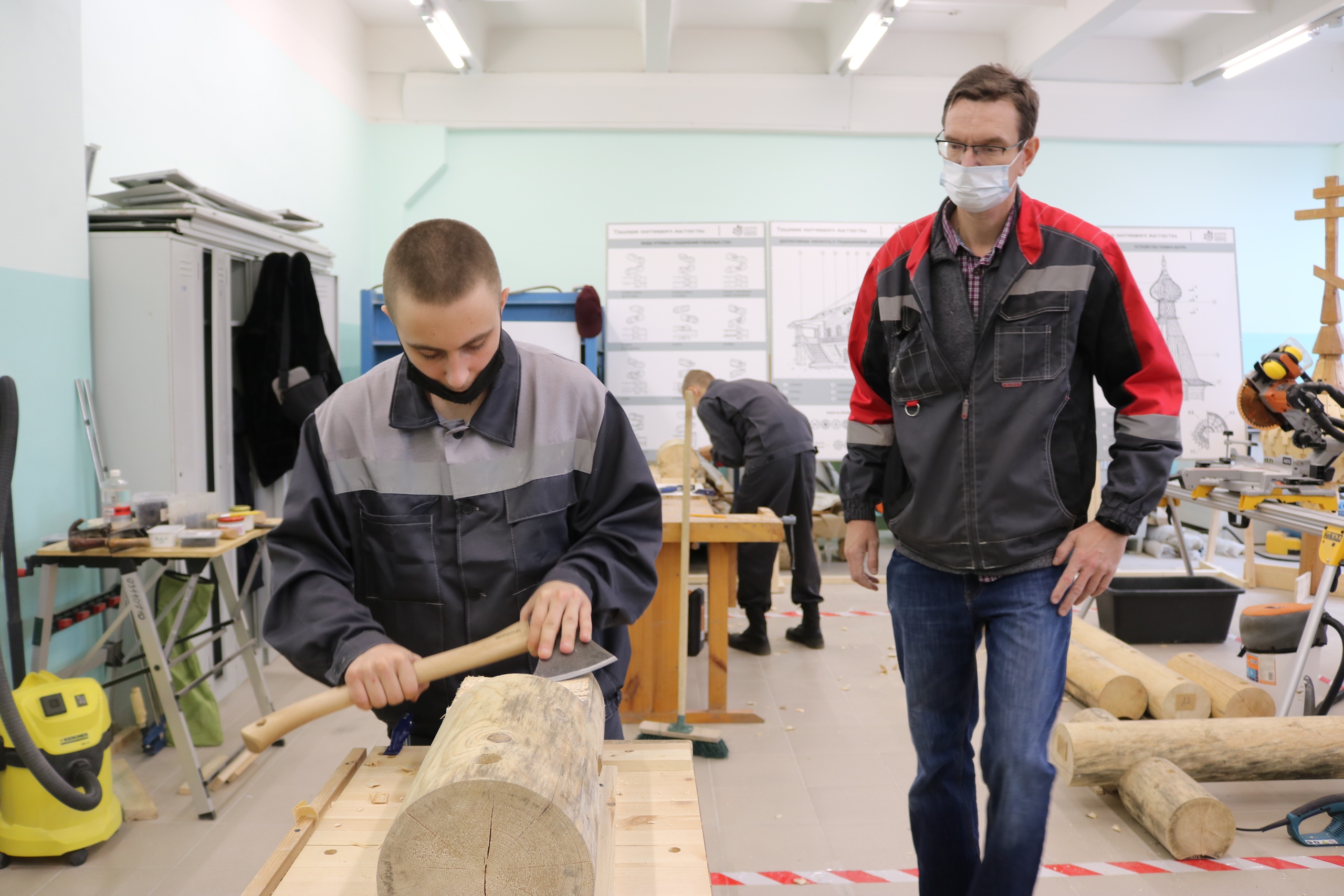 For the first time competitions of carpenters-restorers were included into the program of National Championship of Professional Skills “WorldSkills Russiа”!

Special area was equipped for competition at the Petrozavodsk College of Urban Economy. Denis Langinen and Ilja Matyshev, second-year students became the first participants of carpenters contest. Next year 40 students of the carpenters department will take part in the competitions.

Before “WorldSkills Russia” event Russian National Centre for Wooden Architecture Preservation opened the exhibition “Traditions of Carpentry” at the College. Inique instruments and technologies were presented on the exhibition.

The exhibition and equipped are were created within the project “Ethnoarchitecture of Fennoskandia in XXI century”.