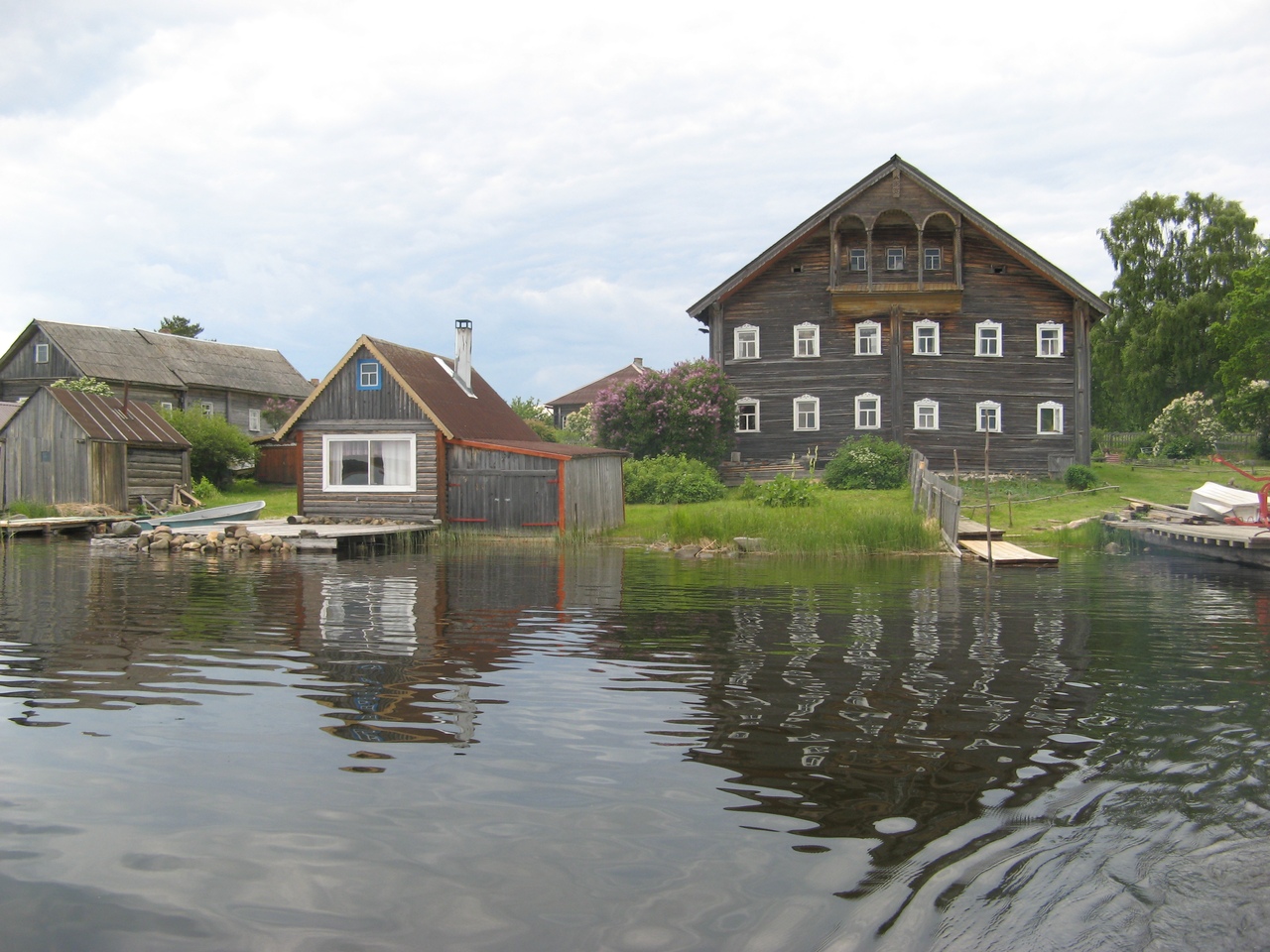 There are 35 historic villages around the Kizhi Ensemble. These villages are an inherent part. Most of them are known from 1563. Farmers, which built the architectural masterpiece – the Kizhi Architectural Ensemble, which is declared the world cultural heritage –  by their own efforts, lived in these villages. Descendants of some of those farmers still live in the houses, which were built by their grandparents. Villages are situated on islands as far as on the big land, some of them have only one farmer house and some of them have 2-3 and more houses. And very many houses need to be repaired.

There is high grass and forests are coming close to the houses. On the one hand there is nobody who could cut grass and forests, and on the other hand it is prohibited – because villages are situated in the nature reserve. Not all villages even have electricity, because they are recognized as former settlements. But active local people try to preserve their houses by their own efforts and at own expenses.

The international project “Ethno-architecture of Fennoscandia in XXI century” is aimed at solving the problem of development of historic villages. Project participants will visit all villages of Kizhi area, interview local peoples, examine the historic buildings. Project team will prepare information leaflets for each village, where the history of village and its modern condition will be fixed. But the main goal is to find a way how to stop desolation and push to the initiatives, directed to preservation and development of native villages.

Participant of the expedition have already visited 14 villages of the Kizhi area. First of all Kurgenitsy village. The project pays the spevial attention to this village. Kurgenitsy is the most Northern of Bolshoj Klemenetsky Island. It was one of the biggest village consisted of more than 40 houses situated along the street, which came from the lake. There was a school, a cultural center, a shop, a stabling and a butter factory and even  a tan-yard, a blacksmith’s workshop and a mil.

In front of Kurgenitsy in the other coast of the gulf, in Lahta village there was a cowshed and a rabbitry. There were field all around the village. Now only one Svetlana Filina lives here for the whole year. Other people come only in summer period. Maybe some of the want to stay for winter but there is no electricity and tickets are expensive. Varenov’s family has started to reconstruct two-stage house. And they understand that it will take much time and efforts before they could live in the house, but continiue to reach the goal. Othe families of Prohorov, Nazarjev, Motov, Kosenkov preserve their houses and don’t let the village die.

Telyatnikovo village is situated on the big land. Houses stay close to each other in two rows and their frontages look at the lake. There are two-stage houses – Vavilin and Romanov houses – in the edge of the village. They looks like brothers and were built in the end of XIX century. There are saunas along the coast. Nobody lives here for the whole year. In summer a lot of people come here and the village become alive.

During the project our experts – Olga Sevan and Evgenij Tumanovsky – together with the museum specialists will continue studying and fixation of villages, interviewing of local people and try to find what we could do all together to revive the Kizhi area.